Sweating the small stuff - Tiny projects of mine

This blog post is a bit different from the others. It consists of multiple but smaller projects worth mentioning. I got inspired by Julia Evan's "Tiny programs" blog post and the side projects of The Sephist, so I thought I would also write a blog posts listing a couple of small projects of mine:

Working on tiny projects is a lot of fun as you don't need to worry about any standards or code reviews and you decide how and when you work on it. There aren't restrictions regarding technologies used. You are likely the only person working on these tiny projects and that means that there is no conflict with any other developers. This is complete freedom :-).

But before going through the tiny projects let's take a paragraph for the 1y anniversary retrospective.

It has been one year since I started posting regularly (at least once monthly) on this blog again. It has been a lot of fun (and work) doing so for various reasons:

Retrospectively, these have been the most popular blog posts of mine over the last year:

But now, let's continue with the small projects worth mentioning :-)

photoalbum.sh is a minimal static HTML photo album generator. I use it to drive "The Irregular Ninja" site and for some ad-hoc (personal) albums to share photos with the family and friends.

Photography is one of my casual hobbies. I love to capture interesting perspectives and motifs. I love to walk new streets and neighbourhoods I never walked before so I can capture those unexpected motifs, colours and moments. Unfortunately, because of time constraints (and sometime weather constraints), I do that on a pretty infrequent basis. 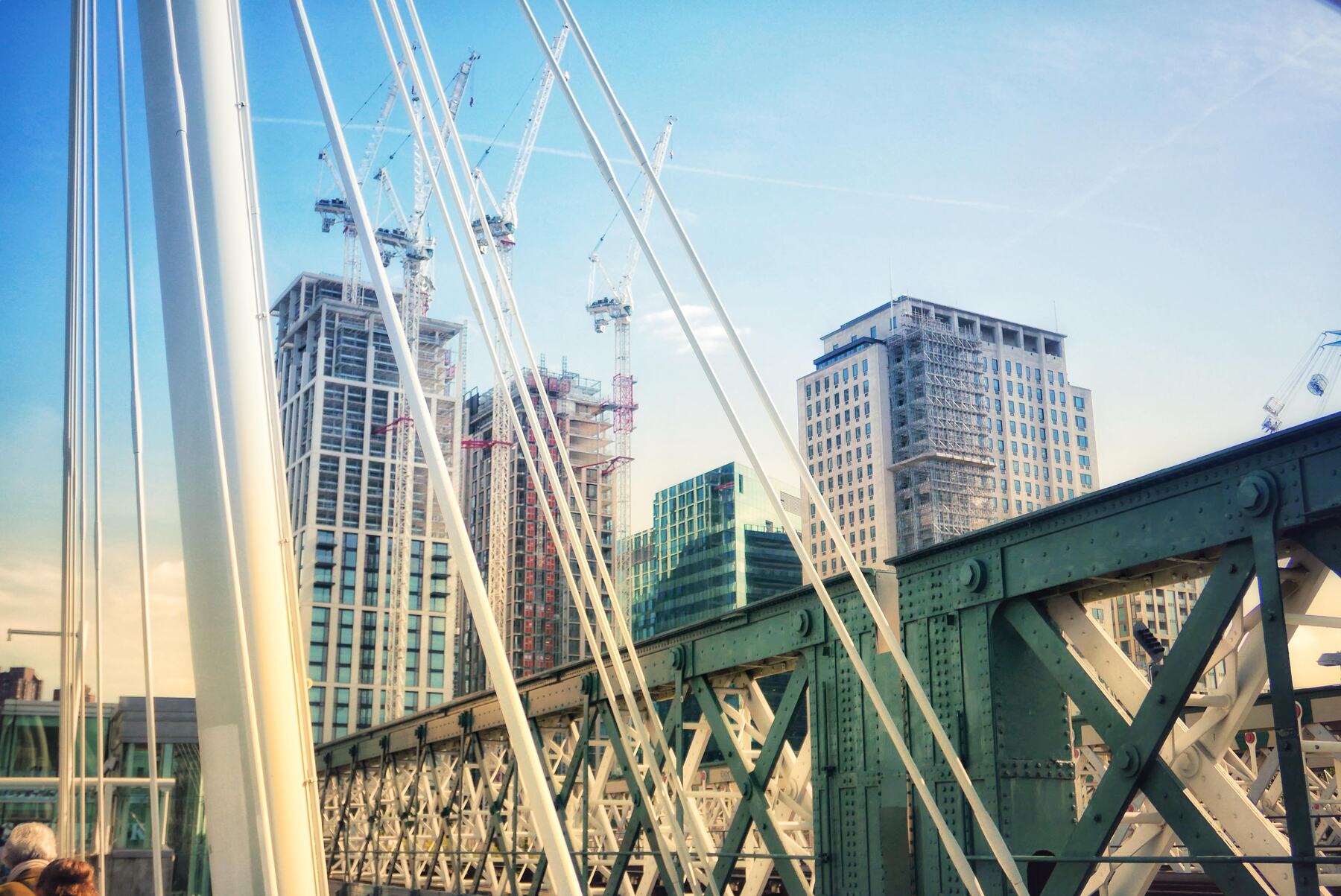 More than 10 years ago I wrote the bespoke small static photo album generator in Bash photoalbum.sh which I recently refactored to a modern Bash coding style and also freshened up the Cascading Style Sheets. Last but not least, the new domain name irregular.ninja has been registered.

The thumbnails are presented in a random order and there are also random CSS effects for each preview. There's also a simple background blur for each page generated. And that's all in less than 300 lines of Bash code! The script requires ImageMagick (available for all common Linux and *BSD distributions) to be installed.

As you can see, there is a lot of randomization and irregularity going on. Thus, the name "Irregular Ninja" was born.

I only use a digital compact camera or a smartphone to take the photos. I don't like the idea of carrying around a big camera with me "just in case" so I keep it small and simple. The best camera is the camera you have with you. :-)

I hope you like this photo site. It's worth checking it out again around once every other month!

I bullet journal. I write my notes into a Leuchtturm paper notebook. Once full, I am scanning it to a PDF file and archive it. As of writing this, I am at journal #7 (each from 123 up to 251 pages in A5). It means that there is a lot of material already.

Once in a while I want to revisit older notes and ideas. For that I have written a simple Bash script randomjournalpage.sh which randomly picks a PDF file from a folder and extracts 42 pages from it at a random page offset and opens them in a PDF viewer (Evince in this case, as I am a GNOME user).

There's also a weekly CRON job on my servers to send me a reminder that I might want to read in my old journals again. My laptop also runs this script each time it boots and saves the output to a NextCloud folder. From there, it's synchronized to the NextCloud server so I can pick it up from there with my smartphone later when I am "on the road".

guprecords is a Perl script which reads multiple uprecord files (produced by uptimed - a widely available daemon for recording server uptimes) and generates uptime statistics of multiple hosts combined. I keep all the record files of all my personal computers in a Git repository (I even keep the records of the boxes I don't own or use anymore) and there's already quite a collection of it. It looks like this:

It can also sum up all uptimes for each host to generate a total per host uptime top list:

This all is of no real practical use but fun!

The rexfiles project contains all Rex files for my (personal) server setup automation. A Rexfile is written in a Perl DSL run by the Rex configuration management system. It's pretty much KISS and that's why I love it. It suits my personal needs perfectly.

Hi there! I was searching for a simple way to automate my personal OpenBSD setup. I found that configuration management systems like Puppet, Salt, Chef, etc.. were too bloated for my personal needs. So for a while I was configuring everything by hand. At one point I got fed up and started writing Shell scripts. But that was not the holy grail so that I looked at Ansible. I found that Ansible had some dependencies on Python on the target machine when you want to use all the features. Furthermore, I am not really familiar with Python. But then I remembered that there was also Rex. It's written in my beloved Perl. Also, OpenBSD comes with Perl in the base system out of the box which makes it integrate better than all my scripts (automation and also scripts deployed via the automation to the system) are all in the same language. Rex may not have all the features like other configuration management systems, but its easy to work-around or extend when you know Perl. Thanks!

rubyfy is a fancy SSH loop wrapper written in Ruby for running shell commands on multiple remote servers at once. I also forked this project for work (under a different name) where I added even more features such as automatic server discovery. It's used by many colleagues on a frequent basis. Here are some examples:

dyndns is a tiny shell script which implements "your" own DynDNS service. It relies on SSH access to the authoritative DNS server and the nsupdate command. There is really no need to use any of the "other" free DynDNS services out there.

Syntax (this must run from the client connecting to the DNS server through SSH):

This is a real world example:

This is a tiny GNU Awk script for Linux which displays information about the CPU. All what it does is presenting /proc/cpuinfo in an easier to read way. The output is somewhat more compact than the standard lscpu command you find commonly on Linux distributions.

Show differences of two files over the network

This is a shell wrapper to use the standard diff tool over the network to compare a file between two computers. It uses NetCat for the network part and also encrypts all traffic using OpenSSL. This is how its used:

Delay sending out E-Mails with Mutt

This is a shell script for the Mutt email client for delaying sending out E-Mails. For example, you want to write an email on Saturday but don't want to bother the recipient earlier than Monday. It relies on CRON.

jsmstrade is a minimalistic graphical Java swing client for sending SMS messages over the SMStrade service. 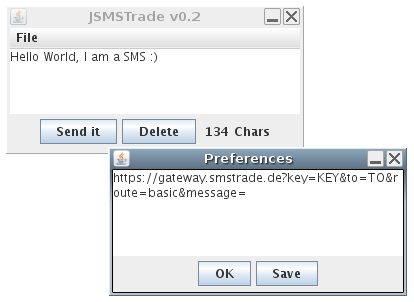 I don't have it running on any of my servers at the moment. This means that there is no demo to show now. Sorry!

japi s a small Perl script for listing open Jira issues. It might be broken by now as the Jira APIs may have changed. Sorry! But feel free to fork and modernize it. :-)

Debian running on "your" Android phone

Debroid is a tutorial and a set of scripts to install and to run a Debian chroot on an Android phone.

I am not using Debroid anymore as I have switched to Termux now.

PerlDaemon is a minimal daemon for Linux and other Unix like operating systems programmed in Perl. It is a minimal but pretty functional and fairly generic service framework. This means that it does not do anything useful other than providing a framework for starting, stopping, configuring and logging. To do something useful, a module (written in Perl) must be provided.

There are more projects on my Codeberg page but they aren't as tiny as the ones mentioned in this post or aren't finished yet so I won't bother listing them here. However, there also a few more scripts used frequently by me (not publicly accessible (yet?)) which I would like to mention here:

worktime.rb, for example, is a command line Ruby script I use to track my time spent working. This is to make sure that I don't overwork (in particular useful when working from home). It also generates some daily and weekly stats and carries over work time (surpluses or minuses) to the next work day, week or even year.

It has some special features such as tracking time for self-improvement/development, days off and time spent at the lunch break and time spent on Pet Projects.

An example weekly report looks like this (I often don't track my lunch time but what I do instead I stop the work timer when I go out for lunch and start the work timer once back at the desk):

All I do when I start work is to run the wtlogin command and after finishing work to run the wtlogout command. My shell will remind me when I work without having logged in. It uses a simple JSON database which is editable with wtedit (this opens the JSON in Vim). The report shown above can be generated with wtreport. Any out-of-bounds reporting can be added with the wtadd command.

geheim.rb is my personal password and document store ("geheim" is the German word for secret). It's written in Ruby and heavily relies on Git, FZF (for search), Vim and standard encryption algorithms. Other than the standard pass Unix password manager, geheim also encrypts the file names and password titles.

The tool is command line driven but also provides an interactive shell when invoked with geheim shell. It also works on my Android phone via Termux so I have all my documents and passwords always with me.

backup is a Bash script which does run once daily (or every time on boot) on my home FreeBSD NAS server and performs backup related tasks such as creating a local backup of my remote NextCloud instance, creating encrypted (incremental) ZFS snapshots of everything what's stored on the NAS and synchronizes (via rsync) backups to a remote cloud storage. It also can synchronize backups to a local external USB drive.

Check out my offsite backup series

THIS ISN'T MY PROJECT but I found KONPEITO an interesting Gemini capsule. It's a quarterly released Low-Fi music mix tape distributed only through Gemini (and not the web).

If you wonder what Gemini is: