this mod is named bridges and adds bridges (only one node wide!), slim handrails and a self-building-one-node-wide bridge. 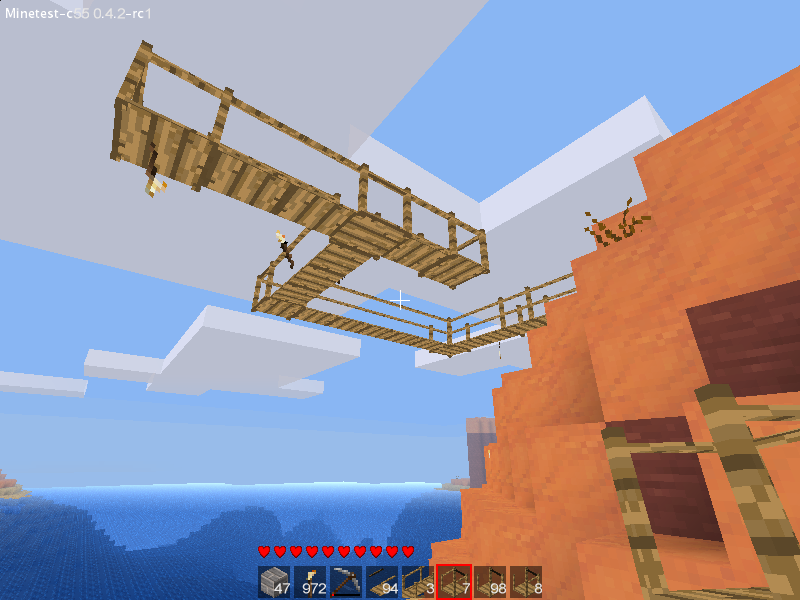 This mod does almost the same as Mauvebic's "Nodebox utility" mod older called "nbu" at http://minetest.net/forum/viewtopic.php?id=2750 But today is lost and this mod was finished when found it

More or less is the same as in Mauvebics. What you get additionally are crafting receipes, a large bridge (spans 3 nodes!), and a bridge that builds itself automaticly.

After place and auto bridge node the rest of the bridge gets built automaticly. Leftover parts can be found in the chest-like node

The list of dependencies are in order or relevance and priority to work:

Groundplate: yields 2 "G" parts which are the basis for further bridges:

Handrail: yields 4 "H" parts which are needed in further receipes:

corner of a bridge:

T junction of a bridge:

end of a bridge.

handrail, one side closed:

handrail, three sides closed (if you want to walk around it):