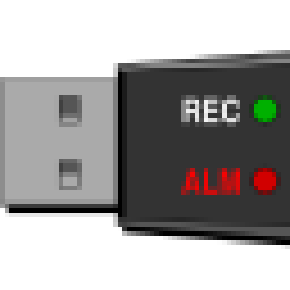 Guide to contributing to USBDataloggerreader for Android

USBDataloggerreader for Android was originally written in 2011 to read out the USB-Dataloggers I bought to measure humidity in my new home. Many people expressed their interest in this app, so I published a commercial version on the Android Market (later Google Play store). In time more and more different data logger types were supported. However in 2016 the development slowed down and not many new features have been planned since then. Many users of the app seemed satisfied with the functionality which is there. In 2019 I closed my official app business and released all the apps into open source with GPL license. So I consider the current state of the app pretty much mature.

However, if you want to improve the app, extend it or implement an interface for new devices, please feel free to do so. You work is much welcome. For example one can add more translations to other languages, make the user interface nicer and adapt the look-end-feel to the most recent generation of Android phones. Also a user manual could be useful (in addition to the in-app help).

If you find bugs please post your issues here. This repository here is the right place to do so.

If you are sourcing a contribution from somewhere else, it must carry a compatible license. The project was initially released under the GNU public license GPL-v2 which means that contributions must be licensed under open licenses such as MIT, CC0, CC-BY, etc. You need to indicate the original source and original license, by including a comment above your contribution.

Contributing with a Pull Request

The best way to contribute to this project is by making a pull-request:

Contributing with an Issue

If you find a mistake and you're not sure how to fix it, or you don't know how to do a pull-request, then you can file an Issue. Filing an Issue will help us see the problem and fix it.

We are very grateful for your support. With your help, this implementation will be a great project.