The text screen has a size of 64x30 charackters (on the TomTom ONE) if the keyboard is invisible and 64x25 if the virtual keyboard is shown on the console. Al though you can hide the keyboard you can still use it (if you remember where the key are). Also you can cut an paste text regions from the screen to the input.

TTconsole implements a terminal emulation with the small font on a couloured framebuffer device. It then spawns a shell (default /bin/sh). The stdout and stderr is piped to TTconsole which displays it (or feeds stdin with the keys you clicked on the virtual keyboard or the cut/paste/buffer).

It appears that the builtin shell is busybox. There is no editor (like pico or nano) installed (except for vi of course) but you can put the pico excecutable on the INTERNAL directory which appears at /mnt/sdcard/.

The Software is not tested on other devices than TomTom ONE V3, but it might work.

The framebuffer rendering and Touchscreen routines are based on the Hello World Example which was published (GPL) by TomTom.

Some procedures are taken from the X11Basic package.

Unpack the binary package (zip file) and move the contents to your tomtom directory (e.g. /media/INTERNAL) just as they are. Thats it. It is not necessary to rebuild the systems kernel. You do not need opentom linux! You can use the device with navigation software as before. The icon for TTconsole should appear in the setting menu.

Unpack the tar.gz file and read the README and follow the instructions. You will need the ARM-Linux crosscompiler development environment.

Many thanks to Joghurt for help in adapting the touchscreen routines for TomTom firmware 8.03. 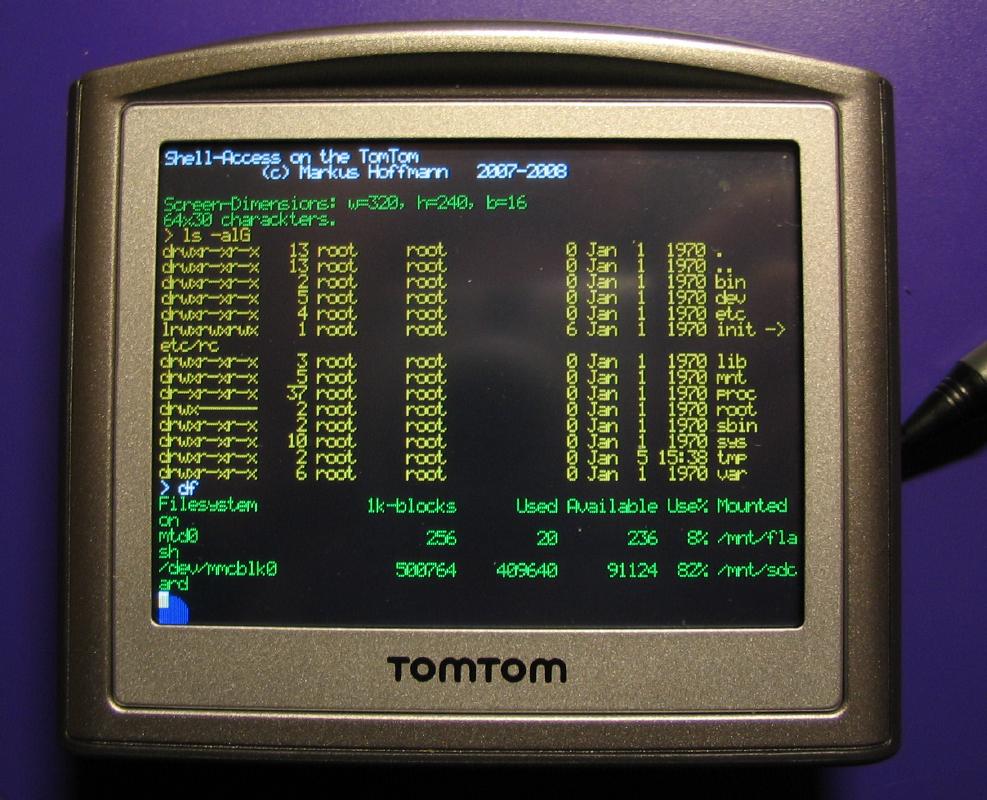 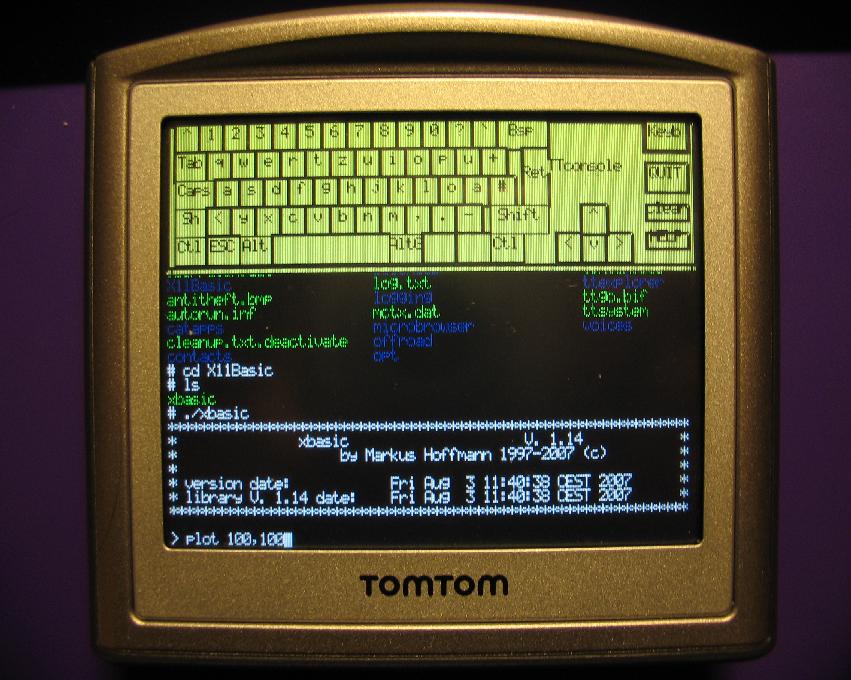 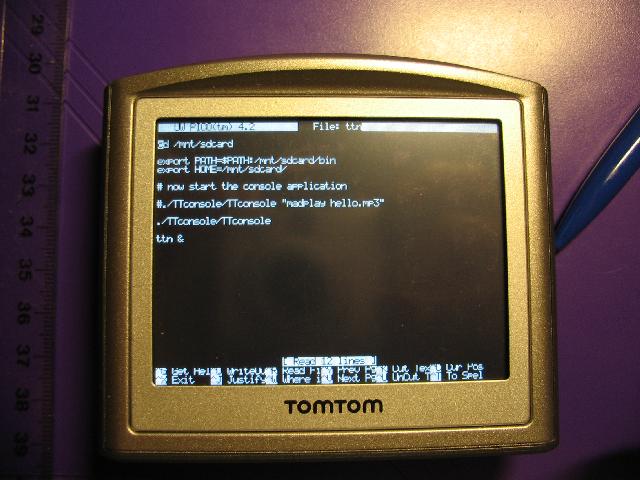 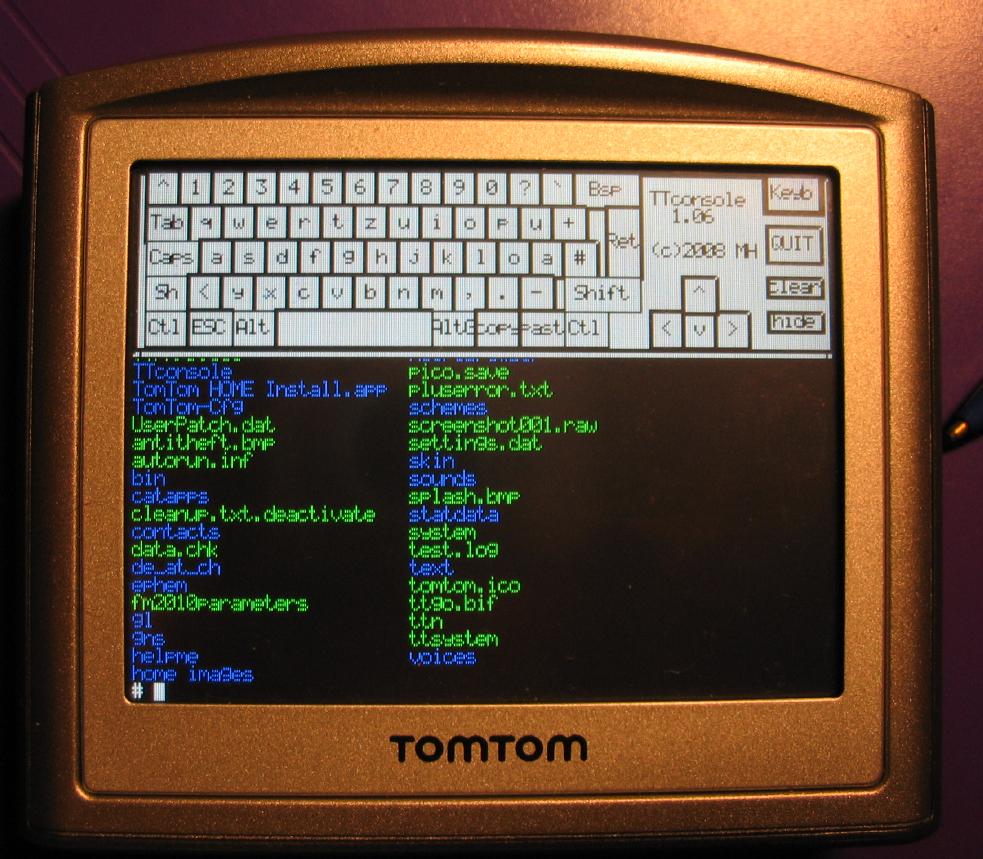 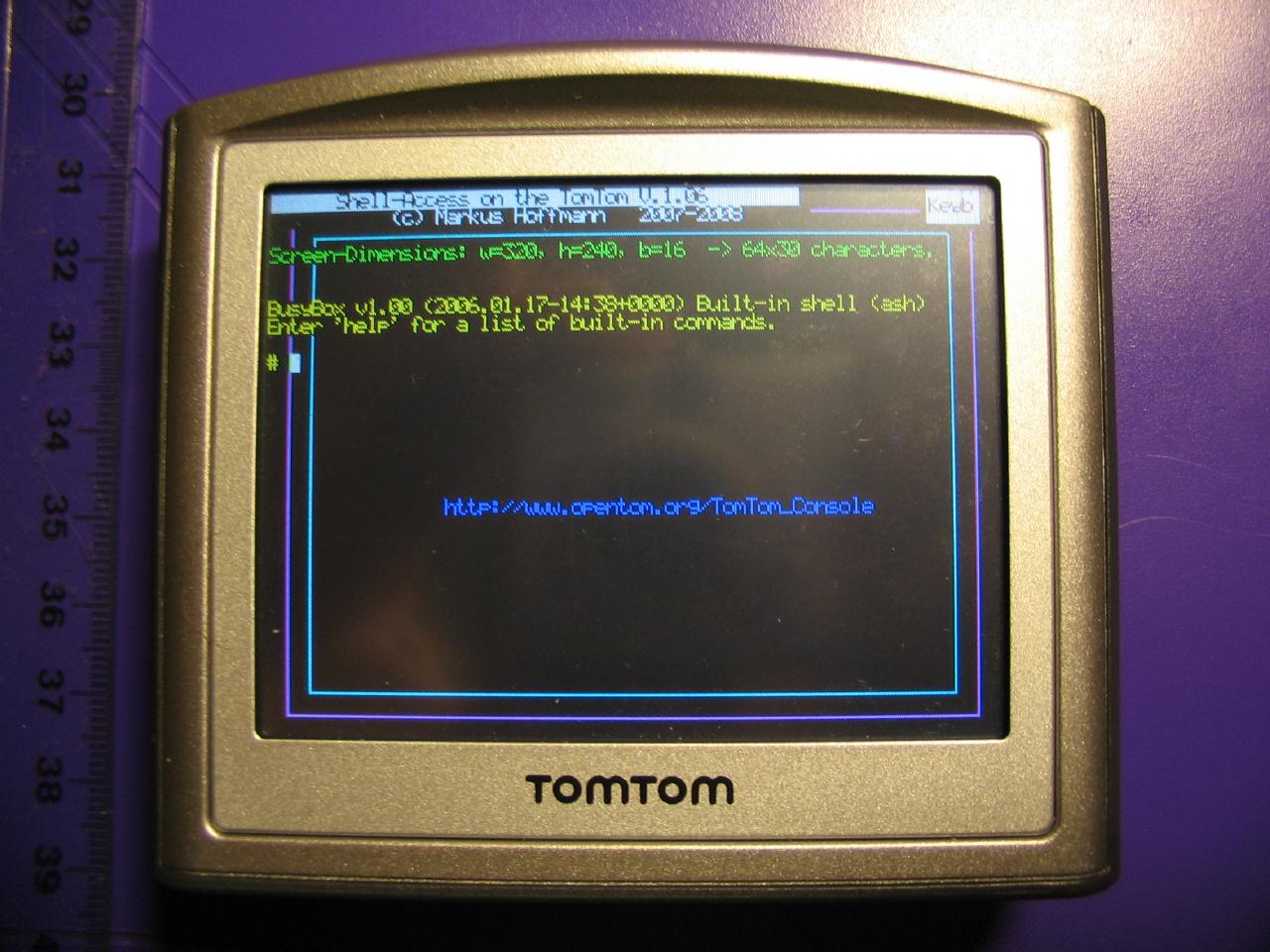 (Basically that means, free, open source, use and modify as you like, don't incorporate it into non-free software, no warranty of any sort, don't blame me if it doesn't work.)