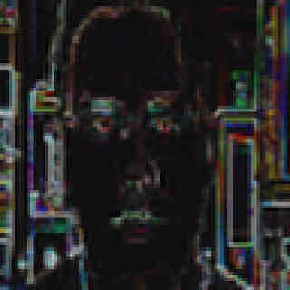 Could you please consider to separate the Codeberg items in the top menu from my items?

I guess this needs more CSS then, at which point I am unfortunately out. Maybe we could merge all the Codeberg items into one "About" and only link to that (with an nice separator in front). That would reduce the need for horizontal space quite a bit.

[WIP] a sample About page as requested by strypey

@hw: The beef of the issue (as I read it) is access to policy, terms of service, etc.. That is done. The "About" page is just one suggested way to implement that access -- as I read the issue.

Add some space before codeberg links in navbar

@hw: Is something along this line acceptable?

hunger pushed to master at hunger/pages

Get a prominent OSS project on Codeberg

@davidak: I guess it all depends on your definition of an issue:-) "Convince people to use our stuff" is open-end and can thus be open forever, or you close it after the initial discussion is done.

@ashimokawa: I read something about abusive account creation via tor and at least some discussion to block it and must have over-interpreted this. Sorry for that.

Are mirroring turned off? New mirrors can't be created

@ashimokawa: I was not able to create mirrors of anything, I would have to test things out:-) Maybe mirroring could be a members only feature? That would stop those drive-by test accounts from mirroring the world and might motivate a few more people to join?

I am not seeing what is still tracked here, can this get closed?

If you add chat, then it would be really cool to have something that ties into codeberg. Otherwise there is no real benefit of having that come as part of the package IMHO. Maybe have a matrix server that creates a room for each project with a bot that reports on changes happening in the project or something.

Get a prominent OSS project on Codeberg

So are you people still working on this or can this get closed? I do not see anything here that needs tracking;-)

The question is answered, so can this report get closed?

Is this still relevant after (partially?) blocking Tor due to abuse?

/me shrugs. Language changes, there is no use in lamenting that fact. I'd keep the fork button as that is what every github user expects it to be -- and there are way more of those than kernel developers that might object.

Concept for the Codeberg CI

Github-actions are really nice in that they support at least Linux/windows/mac. Are you also considering to support cross-platform development? Your plan to use docker hints to something at least heavily centered around Linux... At least for the time being, it might be worthwhile to focus on integrating 3rd party CIs seamlessly.

Are mirroring turned off? New mirrors can't be created

https://codeberg.org/Codeberg/build-deploy-gitea/src/branch/master/local_patches/disable_mirror_view.diff has the patch that removes mirroring. I do not know the reasoning, but this seams to be intentional;-) Maybe somebody that knows could add the reasoning and close this issue?

@scott-joe: I really like the round iceberg (bottom left)!

[WIP] a sample About page as requested by strypey

I see links to the Privacy Policy, the Bylaws, Imprint and Terms of Use in the footer of all pages, incl. the codeberg.org when I am not logged in. So I think this is no longer relevant and can get closed.

Add some space before codeberg links in navbar

hunger pushed to master at hunger/build-deploy-gitea