A library to display an about screen in an Android app. It was created for use with other Direct projects but may be used independently as well.

Including in your project

Since version 3.1, the about screen is also available as a Fragment. Simply call buildFragment() at the end instead.

These are the calls that you can use to configure the builder class:

Pass an array of Objects.

Each Object will be displayed by the About screen. All of them have similar constructors and look slightly different to each other when viewed.

For example, here's how a library is constructed:

For example, if you wanted to credit aboutDirect, add this line to your Library array:

For the other classes, JavaDoc explains how to use them.

Pass an icon resource to display it at the top to the left of the app's name.

Pass the app developer's name to display it at the top below you app's name.

Pass a URL to display a Mastodon icon to the right of the developer's name that links to that URL.

Pass an implementation of the ContextConsumer interface in case there is something you need to do after the activity has launched, like setting style dynamically.

When used with buildFragment(), the consumer is executed by the fragment on creation, but before the layout is created.

Therefore, the activities Context is provided to you in the interface's accept(Context) method immediately before the layout is inflated.

Once you are done, call build() on the builder class to receive an Intent which you can start using startActivity(…).

Because I think it would have been annoying to have to credit a library that is used to credit libraries, this library is licensed under CC0; no credits are required, even though they are welcome. 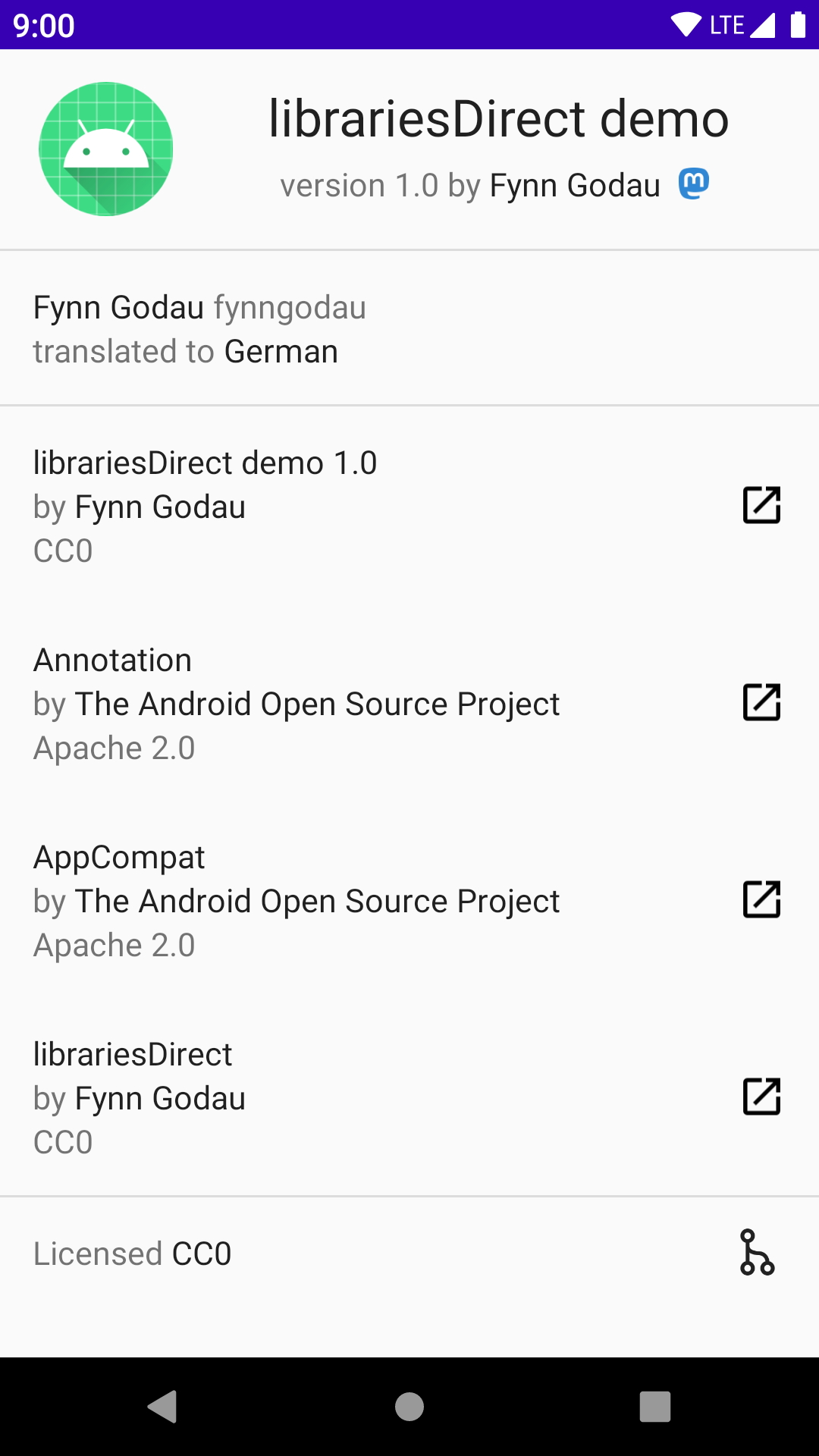