For example, with the following datasource:

You can create a new rule:

The interesting bits is that you can use Python code for it, so you could define your own helpers and write things like:

This is executed hourly by a cron job, if the assertion throws an exception an Alarm will be fired. After the alarm is fired an action is triggered as defined by the user (email, slack, page).

After saved, the alarm has two values red and green. Red means the checker failed and the alarm was triggered. Green means everything is ok. 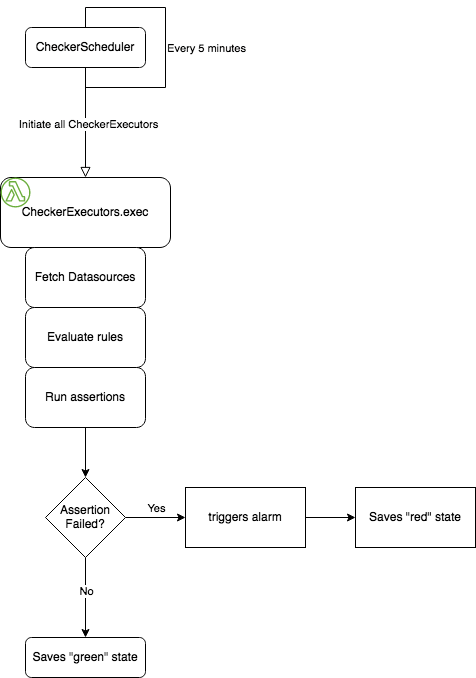 What is already done?

How to use it?

Basically, you type your SQL query:

Then you can either use the advanced option and write the rule in python or use a normal HTML form to create the rule:

The project have two main parts: