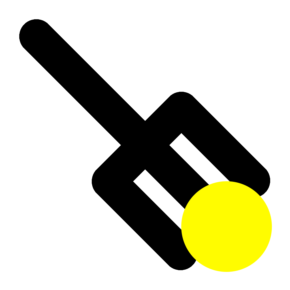 Equilibrium is a modular task management framework based on the Entity-Component-System pattern.

If you do not set up lorri and direnv, you will have to enter a nix-shell via nix-shell

Then you should be able to use tools such as ghci that are provided by the nix-shell directly in your shell. If this doesn't work, or if you get the lorri hasn't finished an evaluation of this project yet message, run lorri shell to force an evaluation.

For faster build times (both locally and in CI), set up our cachix cache.

First, install cachix on your machine (it is not provided in the nix-shell):

Then, enable the project's cache, so you can substitute to-be-built binaries with the ones from the cache:

As a team member you can get write access to the shared cache to reduce build times for others and the CI. Follow the two steps above and execute the command found in our cloud in secrets/cachix.md.

Then use make all-push or make build-push instead of their non--push counterparts to update the caches after building.

While the make targets don't assume you are in a nix-shell, make itself is provided through it, so you should be inside a nix-shell for these.

Run make hls-setup once and whenever new files are created.

To start the Haskell Language Server you can use make hls which calls haskell-language-server-wrapper.

Regenerates all generated files and tests and builds the project. The resulting binary can be found in ./result/bin/.

Tests and builds the project.

Builds the project and test packages, compiles the tests and runs them. Also regenerates generated files if necessary.

Enters a nix-shell, which forces a shell rebuild.

Deletes all generated files, including dist-newstyle folders in the packages, which are generated by haskell-language-server.

An interactive code-generator to create new packages (or test packages).

Generates all generated files. Will skip some if the project isn't clean ($ make clean).

Generates the test.nix file, if it doesn't already exist.

Generates a default.nix file for each package in ./pkgs/.

How to add new packages to the nix-shell

Edit the config.nix file and add

For example: If the package is

the added line should be

pkgs refers to the pinned version of nixpkgs used in the project. You can add any other nix-package from other sources here as well. However, make sure the version is properly pinned to avoid breaking the project in the future or on other machines. We use niv to manage dependencies, including the pinned nixpkgs version.

How to update dependencies

Dependencies are pinned by including everything through a pinned version of nixpkgs, managed with niv. To update the pinned version, use niv: $ niv update.

Please check out the taskell_board branch and refer to its README for information on how to track issues and tasks.

We roughly follow the Kull Convention. Since we do everything on the command line there are no formal pull requests, instead reviews are requested in Taskell. You can look at this post for inspiration for a suitable setup.

In general, once a feature is in the review column of Taskell and somebody is assigned, the maintainer of that branch has to first rebase the branch on main so that everything is up to date. Then the reviewer can review the code and if everything looks good do a fast forward merge onto main.

The taskmanager is split into four categories of modules:

The core library defines the pipelines data can flow through and allows for easy combination of storage and logic modules.

The executable is the user-built main entrypoint for the program. It currently also handles user interfaces. In here, you should combine all the storage and logic modules you want to use and pass them to the core library.

Right now, a special exe-types (executable types) package is needed, its responsibilities will be divided into the core library and the executable package in the future.

Storage modules serialize and deserialize the task data into their respective storage format.

Use the $ make pkg tool, an interactive code-generator to create new packages in this project.