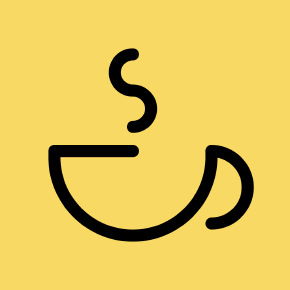 LinuxCafeFederation
/
awesome-alternatives
Fork 3
Code Issues 0 Pull Requests 0 Releases 0 Wiki Activity
A curated list of FOSS, OSS, and/or Federated alternatives to proprietary software and services. https://reddit.com/r/linuxcafe
You can not select more than 25 topics Topics must start with a letter or number, can include dashes ('-') and can be up to 35 characters long.
65 Commits
1 Branch
246 KiB
Markdown 100%
Branch: master
master
Branches Tags
${ item.name }
Create branch ${ searchTerm }
from 'master'
${ noResults }

A curated list of mostly free and open source alternatives to proprietary software and services. Some of the software below has proprietary backend, and only the application or the frontend the user interacts with is open source.

Alternative to YouTube — PeerTube is a free and open-source, decentralized, federated video platform, powered by ActivityPub and WebTorrent, that uses peer-to-peer technology to reduce load on individual servers when viewing videos. You can like, comment, download videos, subscribe to channels, create playlists all for free, as well as create your own instance.

Alternative to Twitter — Mastodon is a free and open-source self-hosted social networking service. It allows anyone to host their own server node in the network, and its various separately operated user bases are federated across many different servers.

Alternative to Reddit — Lemmy is similar to sites like Reddit, Lobste.rs, Raddle, or Hacker News: you subscribe to forums you're interested in, post links and discussions, then vote, and comment on them. Behind the scenes, it is very different; anyone can easily run a server, and all these servers are federated (think email), and connected to the same universe, called the Fediverse.

Ruqqus is an open-source platform for online communities, free of censorship and moderator abuse by design.

Alternative to Facebook — Friendica is an open, free, distributed social network. It forms one part of the Fediverse, an interconnected and decentralized network of independently operated servers.

Alternative to Discord — Matrix is an open standard and lightweight protocol for real-time communication. It is designed to allow users with accounts at one communications service provider to communicate with users of a different service provider via online chat, voice over IP, and videotelephony. The most popular way to interact with matrix is through Element

Alternative to Discord/WhatsApp — Jami is a SIP-compatible distributed peer-to-peer softphone and SIP-based instant messenger for Linux, Microsoft Windows, OS X, iOS, and Android. Developed and maintained by the Canadian company Savoir-faire Linux, and with the help of a global community of users and contributors, Jami positions itself as a potential free Skype replacement.

Alternative to Slack — In Zulip, communication occurs in streams (which are like channels in IRC). Each stream can have several topics - Zulip features a unique threading model, in which each message also has a topic, along with the content. Zulip claims that this improves productivity by "making easy to catch up after a day of meetings". Apart from this, Zulip offers standard features found in collaboration apps like message reactions, message search history, polls, private messaging, group messaging etc. Zulip streams can be private or public.

Alternative to WhatsApp/SMS — Signal is a cross-platform encrypted messaging service developed by the Signal Foundation and Signal Messenger LLC. It uses the Internet to send one-to-one and group messages, which can include files, voice notes, images and videos. Its mobile apps can also make one-to-one voice and video calls

Alternative to WhatsApp — Session masters the usual chat functions. There are voice messages, a GIF search (with privacy warning), file sharing and group chats. You can add new contacts by scanning a QR code or exchanging the session ID. You can share your groups via a link. Another advantage over Signal or Telegram is end-to-end encrypted group chats. Up to ten people can network fully anonymously via session. Yes, WhatsApp also has encrypted group chats. But your metadata, phone numbers, and IP addresses remain visible to Facebook. Session is completely unsuspecting.

Alternative to WhatsApp — Briar is an open-source software communication technology, intended to provide secure and resilient peer-to-peer communications with no centralized servers and minimal reliance on external infrastructure. Connections are made through bluetooth, WiFi, or over the internet via Tor and all private communication is end-to-end encrypted.

Alternative to WhatsApp — Delta Chat doesn’t have their own servers but uses the most massive and diverse open messaging system ever: the existing e-mail server network. Chat with anyone if you know their e-mail address, no need for them to install DeltaChat! All you need is a standard e-mail account.

Alternative to Zoom — Jitsi is a collection of free and open-source multiplatform voice (VoIP), videoconferencing and instant messaging applications for the web platform, Windows, Linux, macOS, iOS and Android.

Alternative to Gmail/Outlook — K-9 Mail is an independent email application for the Android operating system. It is made available as Free/Open Source Android Software under the Apache License version 2.0. The program is marketed as a more functional replacement for the default mail application included on most phones.

Alternative to Google Drive/Dropbox — Nextcloud is a suite of client-server software for creating and using file hosting services. Nextcloud is free and open-source, which means that anyone is allowed to install and operate it on their own private server devices.

Nextcloud application functionally is similar to Dropbox, Office 365 or Google Drive, but can be used on home-local computers or for off-premises file storage hosting. Office functionality is limited to x86/x64 based servers as OnlyOffice does not support ARM processors. In contrast to proprietary services the open architecture enables users to have full control of their data.

Alternative to Google Forms — is a free and open source on-line statistical survey web app written in PHP based on a MySQL, SQLite, PostgreSQL or MSSQL database, distributed under the GNU General Public License. As a web server-based software it enables users using a web interface to develop and publish on-line surveys, collect responses, create statistics, and export the resulting data to other applications.

OSS Alternative to Google Play — F-Droid is a community-maintained software repository for Android, similar to the Google Play store. The main repository, hosted by the project, contains only free/libre apps.

Alternative to Google Search — searx is a free metasearch engine, available under the GNU Affero General Public License version 3, with the aim of protecting the privacy of its users. To this end, searx does not share users' IP addresses or search history with the search engines from which it gathers results. Tracking cookies served by the search engines are blocked

Alternative to Microsoft Office — LibreOffice: LibreOffice is a free and open-source office suite, a project of The Document Foundation.

Alternative to Microsoft Office — ONLYOFFICE is a project developed by experienced IT experts from Ascensio System SIA, leading IT company with headquarters in Riga, Latvia. Originally ONLYOFFICE was designed for internal team collaboration.

Alternative to Adobe Lightroom — darktable is an open source photography workflow application and raw developer. A virtual lighttable and darkroom for photographers. It manages your digital negatives in a database, lets you view them through a zoomable lighttable and enables you to develop raw images and enhance them.

Alternatives to Adobe Illiustrator — Inkscape is a free and open-source vector graphics editor. Inkscape's primary vector graphics format is Scalable Vector Graphics (SVG); other formats can be imported and exported.

Alternative to Proprietary Password Managers — Bitwarden: Bitwarden is a free and open-source password management service that stores sensitive information such as website credentials in an encrypted vault. The Bitwarden platform offers a variety of client applications including a web interface, desktop applications, browser extensions, mobile apps, and a CLI.

Alternative to Proprietary Password Managers — The Electronic Frontier Foundation mention KeePassXC as "an example of a password manager that is open-source and free."The tech collective PrivacyTools has included KeePassXC in their list of recommended password manager software because of its active development.

Other - This is for alternatives, that while work, aren't full replacements.

Teddit is a free and open source alternative Reddit front-end focused on privacy. Teddit doesn't require you to have JavaScript enabled in your browser. The source is available on Codeberg.

This is a collection of software, operating systems, and other miscellaneous tools to help the average user fight for their privacy and security online.

A more in-depth list of free and open source software ranging from Android, to Windows, to Linux with a bonus of some tips and tricks!

Mirrors in: GitHub ,GitLab, and Gitea.